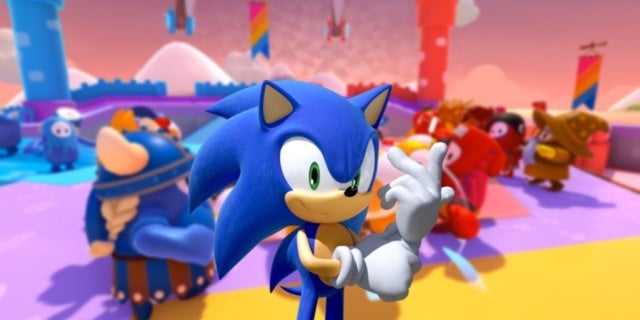 The chaotic battle royale game Falls Guys, released in 2020, has enjoyed a large audience, with many challengers waiting to get on its insane assault courses.

It wasn’t easy to find someone who had not taken on the game’s many platforming challenges, even before its recent switch from free-to-play. This has led to player numbers of more than 20 million.

According to a leaker, these players may be up for a new hedgehog-themed challenge shortly.

Based on the name, it is assumed that the level will, if true, be modeled to look like the Sonic level Green Hill Zone.

This alleged leak comes at a fascinating time. The upcoming Sonic Frontiers has been going through a rough patch recently, as in-game footage from the title has drawn some criticism and calls for delay from fans.

On the other hand, the reaction to the leaked level image in the subreddit r/GamingLeaksAndRumours was primarily positive.

User _Steve_Blake_ was also controversial. He said: “This will be better than most recent Sonic games,” while bezzlege stated: “Well, this will get you back into Fall Guys.”

Follow us to see more on Fall Guys and guides that will help you if you have any matchmaking problems.