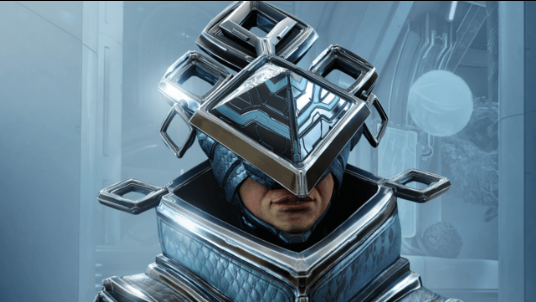 The Warframe Peculiar Audience MOD is a Laughable Matter

The Warframe Peculiar Audience MOD is a Laughable Matter

The Warframe Peculiar Audience Mod has managed to get into the stock of Baro Ki’Teer, Void Trader. It was perhaps to “celebrate the Cross Platform inventory Synchron event — a notable update to Warframe’s best mods. Baro used to have different inventories on the PC and console. Console players were a little behind the times. This is no longer true. Everyone can now enjoy a Peculiar Audience.

Although “Enjoy” may sound intense, it is a good word. This item isn’t doing much at the moment. It doesn’t seem to do much, at least not in the sense that anyone has been able. The item description states that killing an enemy has a 60% chance of amusing a Void entity. Cooldown: 30 seconds. The mod has a wiggly, ethereal nature that distinguishes it from other rare mods in the Void Trader’s inventory.

This entity could be mistaken for The Man in the Wall, a prominent figure in Warframe history who played an essential role in The New War campaign. This winter, the game will be even more Voidy, with Duviri Paradox extensions building on some of the roots of that expansion.

However, the Peculiar Audience seems to have nothing to do with walls or men. It’s instead tied to another familiar face, per a recent update. Skittergirl.

Skittergirl, a ghostly evil, appears only when Void Cascade missions are completed on the Zariman (a giant floating spaceship that is part of the game’s newest playable areas). She appears to steal your stuff, just like the little potion goblins of Golden Axe for Sega Genesis. Everyone understands this reference.

Skittergirl can be defeated to take your stuff back, just like the little freaks. You can do it again. The transparent child smiles at you all the time, no matter how many weapons fire you throw at her. The peculiar Audience recreates this experience. She laughs at you when you kill an opponent.

Why…? I don’t know. It doesn’t appear to be capable of doing anything else. Someone is probably scratching their head trying to figure out what the lore might mean. This is, however, a fun little bit of fun. 250 Orokin Ducats and 200,000 Credits are required to purchase this “goofy” fun. This is a very high price for what appears to be the “Grunt Birthday Party Easter Egg” from Halo.

Advertisement
The Warframe Peculiar Audience MOD is a Laughable Matter