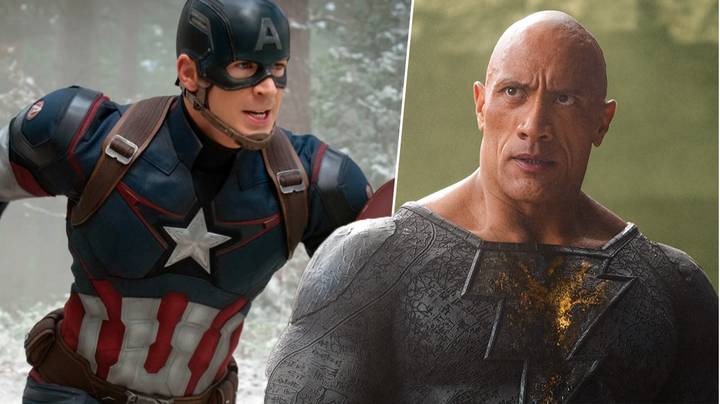 The Rock Wants DCEU and MCU to “Cross Paths”, Feels Optimistic It Can Happen

The Rock Wants DCEU and MCU to “Cross Paths”, Feels Optimistic It Can Happen

Dwayne Johnson spoke to Total Film and said a DC Comics and Marvel crossover is possible. He also stated that both publishers should use their respective rosters of villains and heroes to satisfy their respective fan bases.

Black Adam is due to be released in October. It sees Johnson take on the spandex of his titular supervillain after he has been imprisoned for five thousand years. Pierce Brosnan will join Johnson as Doctor Fate. Quintessa Swindell as Cyclone. Aldis Hodge is Hawkman. Noah Centineo is Atom Smasher. Sarah Shahi is Isis. Bodhi Sabongui is Amon. Marwan Kenzari is Sabbac. Viola Davis is reprising her role as Amanda Waller.

DC Films wants to go beyond its Black Adam formula. It seems like it is going boldly where no comic book movie has before. Johnson stated that the goal was to expand the universe and introduce new characters and spin-offs. Johnson also stressed the importance of being strategic in executing the plan.

The producer, Hiram Garcia, said, “I believe our ambition has always remained that this is all one shared universe.” Although Black Adam and Shazam may not cross paths, all things exist within the DC universe. We want to make the universe as large as possible and achieve those lofty goals. We have the potential to see crossovers in some points if everything is received as we wish.

Johnson asked Johnson about a possible crossover. Johnson said he was optimistic about his ideal Marvel crossover with Black Adam. “My nature makes me optimistic. And especially when it is creative. We can see the Marvel pantheon of supervillains and superheroes across the street in movies, particularly when it comes to the DC supervillains and superheroes. They can exist, and they should cross paths, in my opinion. There would have to be much more organisation and back-and-forth over the idea, but you never know.

Advertisement
The Rock Wants DCEU and MCU to “Cross Paths”, Feels Optimistic It Can Happen