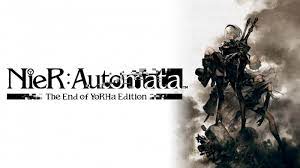 Nier Automata: The End of YoRHa Edition is Coming to Switch

Nier Automata: The End of YoRHa Edition is Coming to Switch

Nier was released in March 2017, alongside The Legend of Zelda – Breath of the Wild. It is considered the best Square Enix game of the past decade. Although this may sound exaggerated by fans of the series, it is difficult to deny the unique quality Nier Automata has.

PlatinumGames and Takahisa Takura developed the open-world action game. Later, Taura went on to direct astral Chain. Yoko Taro created the story, the world, and the quests. He is the creator of Drakengard, as well as the original Nuer. The result is an action title that also leans heavily into existentialism. This combination won surprising Game Of The Year Awards despite being against Horizon and Breath Of the Wild.

The soundtrack is also remarkable, with one of the most notable credits sequences ever.

The End Of YoRHa edition will be the Switch version. This includes all of the DLC and costumes from previous years. The Switch version will include some new costumes. Although it might not be the best place to play Ninja — which has been available on PlayStation 4, Xbox One, and PC over the years — this is finally an opportunity for a new audience to get the chance to experience the game.

Advertisement
Nier Automata: The End of YoRHa Edition is Coming to Switch