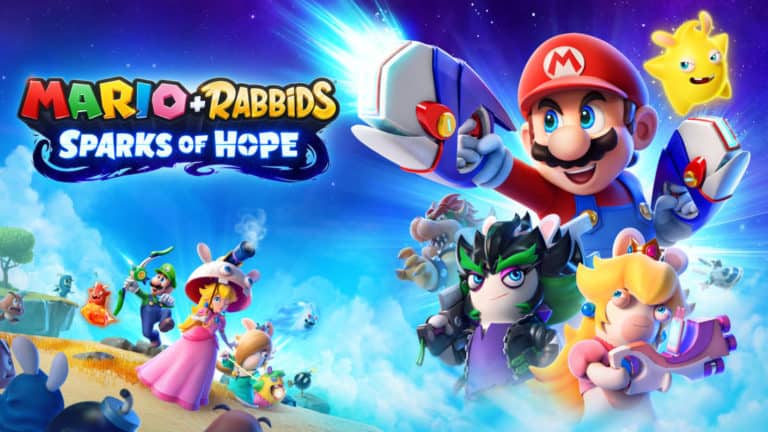 Mario Rabbids Sparks Of Hope: What is it?

Mario Rabbids Sparks Of Hope, a larger version of the original game in scale, is being promoted as an intergalactic adventure. The game’s synopsis states that:

You can freely move about the game, unlike the Mario Rabbids titles, before you take your attack for the turn. This allows you to place your characters in good cover areas and run towards enemies. You don’t even have to have Mario as part of your team. This completely negates the title. Although it’s similar to XCOM and other strategy games, the original Mario Rabbids Kingdom Battle gave the game a unique Nintendo twist. For example, you can use warp pipes to move about the map. There are large swathes that are based on Mario’s unique gimmicks.

The game was announced for the first time on the Ubisoft stage at E3 2021. That was the official announcement of the game. You can get very technical by saying that Nintendo leaked the game hours ahead of the showcase like Sony did with the Last Of Us Part 1 remake before Summer Games Fest. They uploaded the game to their website. We’ll be discussing the same thing with the game’s release date.

Ubisoft has also promised a more extended look at the game (June 29th, 2022), which will be more in-depth as per the gameplay system of the actual final title. This will show off more of what Nintendo Mini Partner Direct couldn’t show yesterday and explain how everything fits together in the final game to create an immersive experience.

The Ubisoft game demo revealed that three outstanding composers had joined it, making them some of the most respected in gaming. These composers are Grant Kirkhope (you may be familiar with him from GoldenEye 007 and Banjo-Kazooie), Yoko Shimamura ( Final Fantasy 15), Gareth Coker(Ori, Halo Infinite, and Immortals Feenyx Rising), Ark: Survival Evolved. The project was created by three of the most acclaimed composers in history. It could easily be one of the greatest soundtracks to a video game. For a Mario Rabbids game. This isn’t real.

Rayman will also be available in DLC. This is Rayman’s first appearance in a video game in many years. You can purchase a season pass for all three DLC packs.

When is the game due to be released? What platforms?

Mario Rabbids Sparks of Hope is scheduled to be released on October 20th. This was announced at the Nintendo Direct Mini Partner Showcase yesterday, but Ubisoft managed to leak it before the actual reveal. Ubisoft briefly posted the release date on their storefront before it was pulled. The exclusive release date for the game will be on Nintendo Switch. (If you are shocked by that, it is because you must have been unable to read the word “Mario” every time, congratulations!) Later this year, at another showcase.