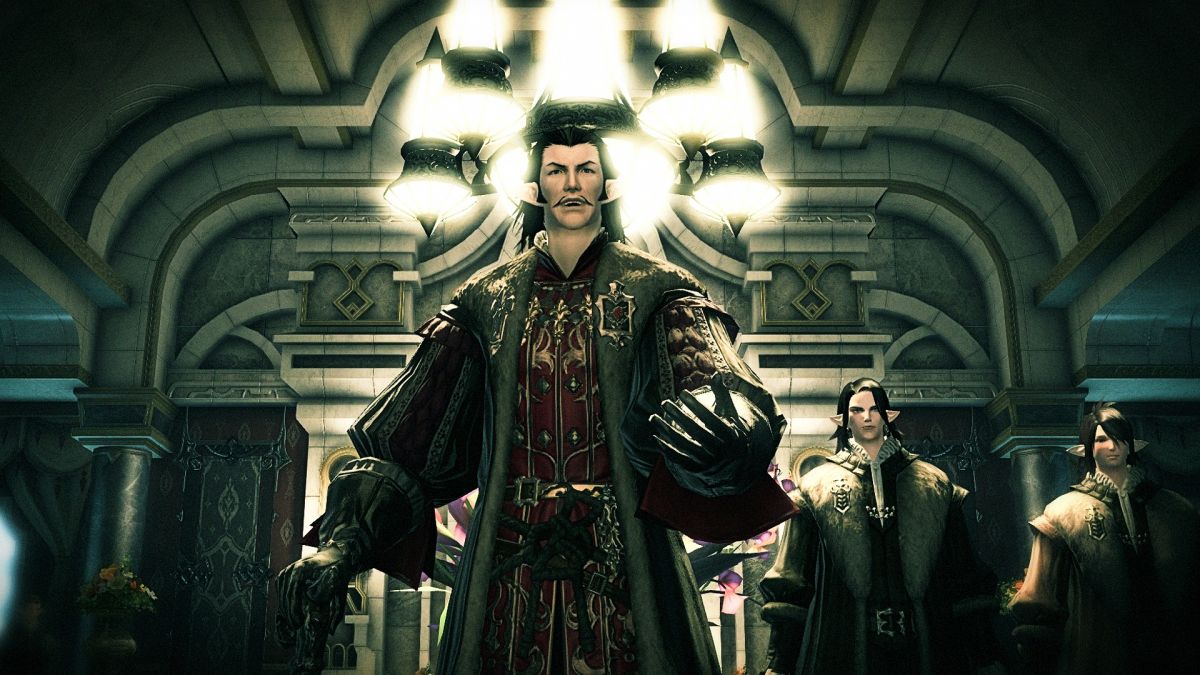 Last year marked the passing of actor and voice actor Stephen Critchlow. He died at 54, following a long career in radio, stage, and screen, including many of the Big Finish Doctor Who audio dramas.

Final Fantasy XIV fans, however, will remember him as the English voice of Count Edmont de Fortemps. That character is one of the pillars of Heavensward’s main story, with his monologues closing out the expansion’s final cutscene. Critchlow brought to life Count Edmont’s kind and understanding nature while also infusing the character with a regal bearing. It’s sad to realize that he’ll never voice the surface again.

As the anniversary of his death approached this year, one of Critchlow’s friends and colleagues, voice actor and poet Robert Harper decided he wanted to hear his friend one more time. Harper remembered the vigils honouring Critchlow within the game, so he decided to pick up FFXIV on the PS4 and started playing.

“This year, I decided that I would finally play the game and see what all the fuss was about. I got hooked quickly and wondered when I would hear Stephen’s voice,” said Harper on the FFXIV subreddit. “RRealizingthat Stephen probably didn’t appear as an NPC voice until Heavensward, and I became slightly obsessed with reaching Ishgard before the anniversary of his death on September 19.”

Harper reached the beginning of Heavensward after 194 hours of playtime on his Bard, as befits a poet. And there, he heard the voice of his friend once again.

“Almost 200 hours of playtime, becoming thoroughly invested [in the] game, and after the final scenes of A Realm Reborn, I eventually heard the voice of my friend. I don’t mind admitting that I shed a few tears,” he said on Reddit.

Fans on Twitter and Reddit rallied around Harper, giving him support and offering their statements on how Critchlow’s performance as Count Edmont touched them. Harper replied to a number of the comments on both platforms before eventually submitting a larger message.

“I am so blown away by the outpouring of love from you all for Stephen and the kindness, you show me by talking to me about your love of him as Edmont,” he said. I think I’ve managed to reply to everyone who has commented up to this point. I never imagined my post would get so much attention.”

Harper will be at a vigil for Critchlow on his server, Phantom, which resides on the Chaos data centre on the European side. The guard is scheduled for 8:00 p.m. GMT on September 19, 2022, the anniversary of Critchlow’s death.