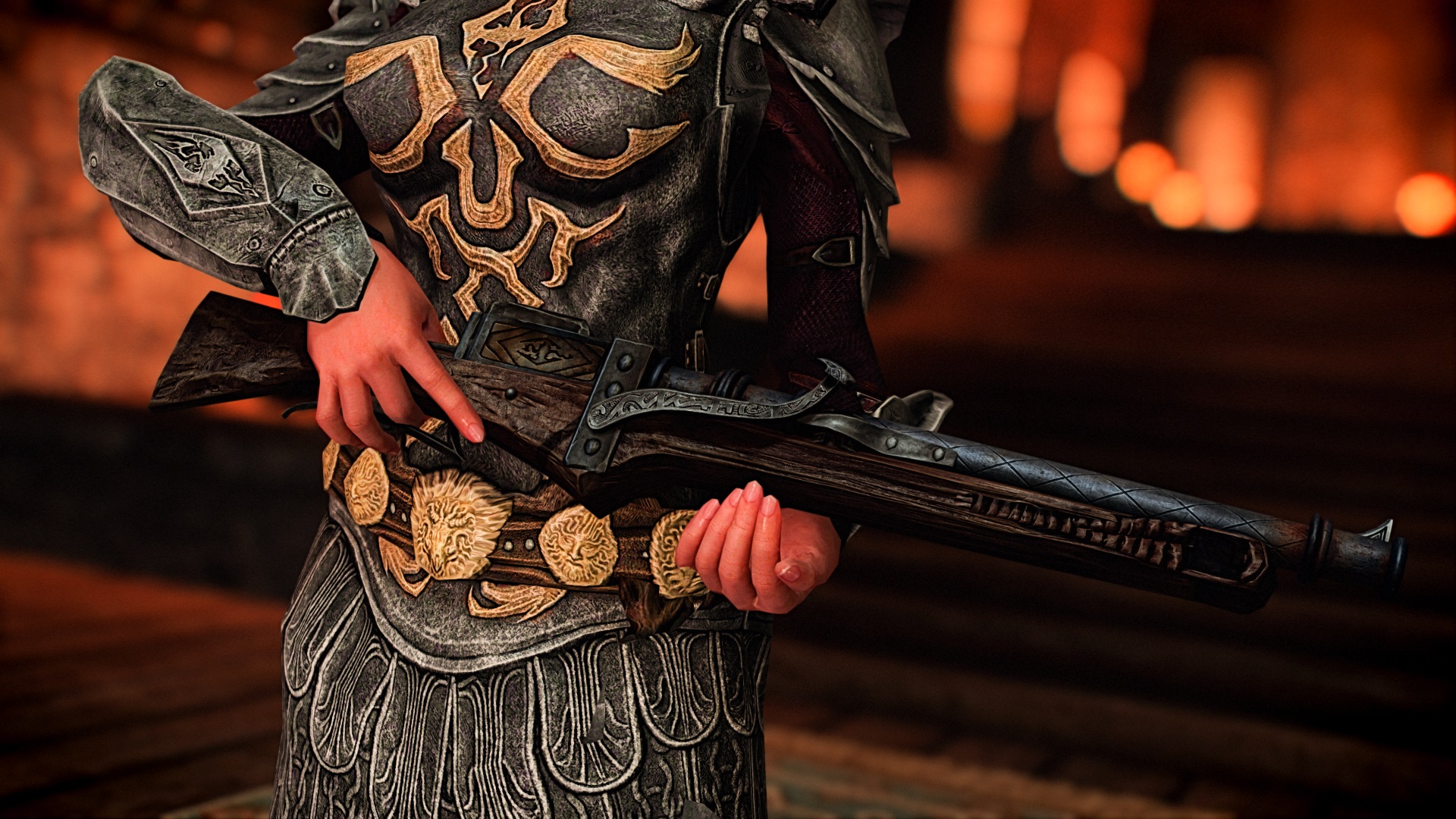 Skyrim is home to many amazing mods. There’s a vibrant community that takes Bethesda’s classic fantasy title and stuffs it with all sorts of weird stuff.

Star Wars and Just Dance are just a few of the many non-Skyrim contents you will find in Tamriel.

Have you ever thought magic was not quite versatile enough or Skyrim could use some Fallout-style weaponry? The modding scene has your back, with plenty of guns and lore to fit the Elder Scrolls story.

Envoys, modder of Skyrim Legendary Edition, has just released the Lore Friendly Guns Of Skyrim mod. This mod allows you to shoot at your enemies far away. It’s made using vanilla assets and is a tremendous undertaking.

You can make rifles out of any material and build them with crossbow animations and archery perks. These weapons are often found around Skyrim by NPCs.

The most exciting part is the story behind Tamriel’s guns. After the Great War, the Empire is forced into signing the treaty.

“After the Great War’s devastation, the Imperial High Command realized the advantage Altmeri battlemages held over massed infantry. They were able to destroy grouped units with their magic.

Titus Meade, the Emperor, had to create a new technology to combat the Altmi’s ranged dominance. It was both expensive and time-consuming to train them, which was something the Empire did not have.

“The Synod archives provided the answer. An old dwemer schematic showed a straightforward design: a tube of metal and a small ball of iron. When combined with fire salts, the ball would explode.

This innovation allowed anyone to pick up a rifle and shoot at an enemy far away. Soon, the emperor realized that large-scale production would be a great way of combating battlemages. Thus rifles were immensely popular in Tamriel.

It’s pretty convincing stuff, I would say. These guns look fantastic, and it’s not too strange to see them around Skyrim, considering the Envoy’s backstory.

These look great, as they are available in handguns or rifles and ammunition that can be made at forges.

Some rifles have their backstories. The Blades Handgun, for example, is a unique design based on Akavir’s schematics and designed to bring down dragons.

Make sure you have the correct bullets. You don’t want incendiary shots being fired at a fire-breathing monster.

Keep an eye out for more Skyrim coverage! We’ve discussed all manner of community additions, including immersive romantic rejections and a mod that allows you to live your furry fantasies.