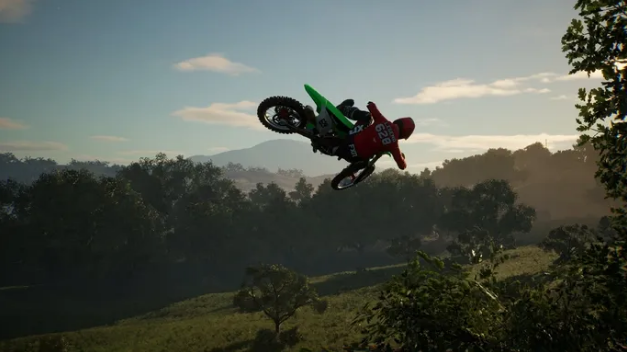 Review of MX vs ATV Legends – Middle of the Road

Review of MX vs. ATV Legends – Middle of the Road

It’s becoming increasingly difficult to be noticed in a sea of racing games. It’s hard to make a difference in a sea of racing games, from the classic F1 22 or MotoGP22 to the simulation-level offerings like Gran Turismo7. Arcade racers are the only thing that has made a difference in the market in 2022. They focus on off-roading, easier handling, and more fun than skill. MX vs. ATV Legends is here to help.

THQ Nordic’s latest entry in their long-running franchise is eagerly awaited. The previous entry was released four years ago. It doesn’t reinvent the wheel but provides a solid offroad experience, even though it doesn’t revolutionize the franchise.

Hardcore fans of MX vs. ATV will love the more ambitious career mode and a seemingly endless range of races. However, it is rough around the edges to lure gamers away from well-known hits like Gran Turismo and Forza. MX vs. ATV will be back, but not as strong as you might like.

MX vs. ATV Legends’ standout feature is the revamped career mode. It is unlike anything else we have seen. The narrative is emphasized with the opening cutscenes introducing your character as a rising star in the racing scene. Then you will drive across the map in a moderately-sized open sandbox to interact with NPCs and find collectibles.

Although it isn’t a game-changer, seeing THQ Nordic try something new with the career mode is refreshing. Although it draws inspiration from Forza Horizon 5, the open-world world isn’t nearly as fun or detailed, the concept should be recognized. This is a great way to learn about your bike and slowly get into the many races. There isn’t much to do between events besides short chats with NPCs. You’ll probably just be going to the menus to start racing again.

However, you are unlikely to become invested in the career of your racer. Although the narrative isn’t very compelling, it is not trying to tell any story. It’s more of a glue that ties together all the race modes and events. Although you may not feel particularly bothered by the increase in your fan base, you will still want to take part in the next race.

Advertisement
Review of MX vs ATV Legends – Middle of the Road