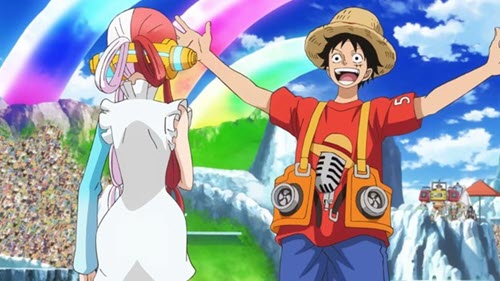 Red Online: Where to Watch One Piece Film

Red Online: Where to Watch One Piece Film

One Piece has released its fifteenth movie, One Piece Movie: Red, in Japanese cinemas on August 6, 2022. The movie grossed 2.25 billion yen and was ranked second at the Japanese box office. It surpassed Jujutsu Kaisen 0’s opening week earnings, making it close to Demon Slayer: Mugen Train.

Film: Red is currently only available in Japan and France. The release date for the film in other countries will depend on where you live. You might want to see the hit box office movie right now. If so, you may be curious about where to stream One Piece Film: Red online.

Film: Red has not been released online nor on Blu-ray. The movie will not be available on Crunchyroll and Funimation’s sites until then. Film: Red will likely be released online after its box office run. For One Piece Film Red, expect to be available online around 2023. You can still wait for the theatrical release in your area.

Crunchyroll will distribute One Piece Film: red theatrically in the United States of America, Canada, Australia and New Zealand areas around fall 2022. The movie will also be available in Taiwan, Hong Kong, and other countries later in August. Odex will distribute Film: Red in Singapore and the Philippines by September 2022. Film: Red will also be released in Germany, Austria, India, Ireland, and the United Kingdom.

What is One Piece Film: Red About

One Piece Film: Red follows the Straw Hats as they attend a concert at Elegia. This is the first-ever live performance by Uta Shank’s daughter, an idol. Things will eventually turn bad, and the Straw Hats must act.

Do I need to watch One Piece Film: Red

You won’t find any One Piece films that are canon, so that you could do just fine watching them. However, it would help to give One Piece Film Red a shot.

Eiichiro Oda, the author, mentioned that Movie: Red’s script was fantastic. Film: Red is the first One Piece movie screened in IMAX theatres. Tsutomu Kurouiwa, the screenwriter, stated that the movie would touch viewers’ hearts. You can expect stunning visuals and a rollercoaster ride of emotions.

One Piece Film: Red will feature Shanks’ return, which is something that fans always look forward to. Several fan-favourite characters, including Charlotte Katakuri and Bartolomeo, will be making an appearance.

You should also watch One Piece Film: Red. It’s not a sin to do so. It’s okay not to. However, One Piece Film Red is one the most beloved films in the series. We highly recommend that you give it another chance.

Advertisement
Red Online: Where to Watch One Piece Film