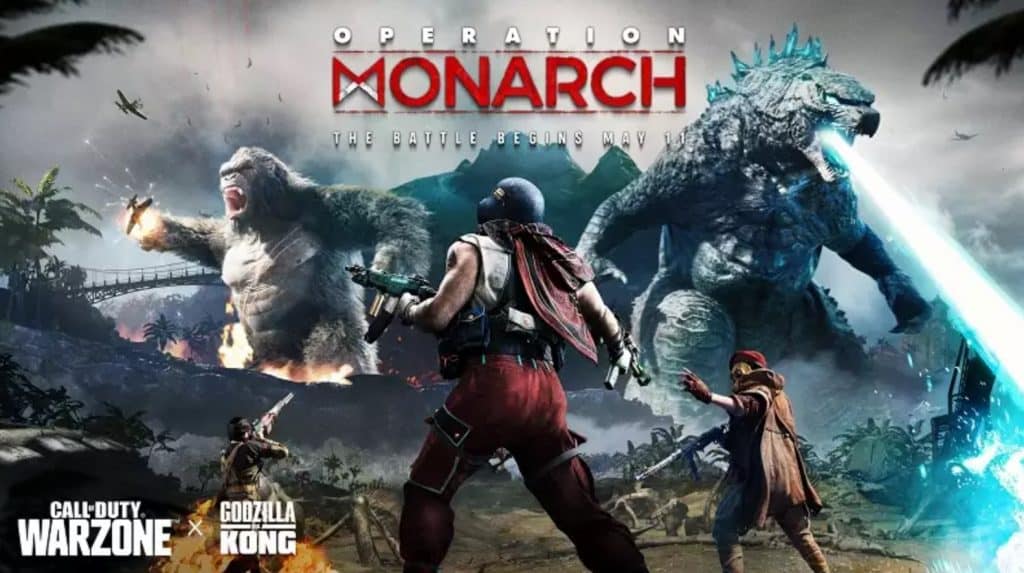 The Operation Monarch event is in full swing as Warzone gamers drop by Caldera to compete against Godzilla or Kong. Some people call the event a boring spectacle, while others enjoy the presence of these titans on the map.

Players have the opportunity to harness the power of Godzilla or Kong by participating in the Titan Frenzy Event. They can also earn a variety of rewards for completing various challenges.

Warzone players are always looking for potential advantages. Some have discovered a clever trick that replenishes armor and health much faster than usual.

Even though they don’t fight, you can shoot at Godzilla and Kong at different points in an Operation Monarch match. Regenerating health and reapplying armor can take a while when under fire from the opposition, but Reddit user ‘Similar-Arugula-7854’ shares an ingenious technique to regain health and armor in the blink of an eye.

Enemies surround the player, and their health drops to a minimum level. It looks like the player has no chance of survival. To earn total health and armor, the player fires on Godzilla.

The trick works during the Titan Frenzy event, where players can get a S.C.R.E.A.M device to cause devastating damage.

Although it is not clear if Godzilla or Kong intentionally gives you the ability to heal and regenerate your health, it is incredibly beneficial. If you feel low on health, aim at the behemoths and fire at them for a quick boost.

If the monsters aren’t near you, you can gather Monarch Intel during matches to gain additional health.