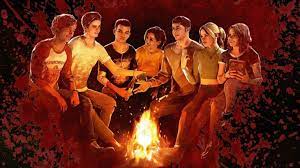 Nordisk Games acquired Supermassive Games, fresh off the release of The Quarry.

The company bought a 30% stake in the studio last summer but decided that wasn’t enough and now owns 100% of the Until Dawn developer. This was announced on Supermassive Games’ website.

Nordisk Games, a subsidiary of Denmark’s Nordisk Film, acquired Just Cause developer Avalanche Studios and bought a 40% ownership stake in MercurySteam in 2020. This co-developer of Metroid Dread. Supermassive makes various interactive horror games, including Until Dawn and The Quarry.

The studio was an independent business then, but it partnered with publishers such as Sony, Bandai Namco, and 2K Games to produce these games. The Dark Pictures Anthology game The Devil in Me will launch later in the year on PC, PlayStation 4, and Xbox One. It will complete what Supermassive calls the “first season” of the anthology series.

After being disinterested in the studio’s output, I played The Quarry. Justice Smith, Detective Pikachu’s actor, was there, and I was happy that I could subvert the Bury Your Gays trope. It also allowed me to get its queer characters out alive. It wasn’t as technical as Until Dawn, but it was still interesting enough to get me back to all the games from the studio.