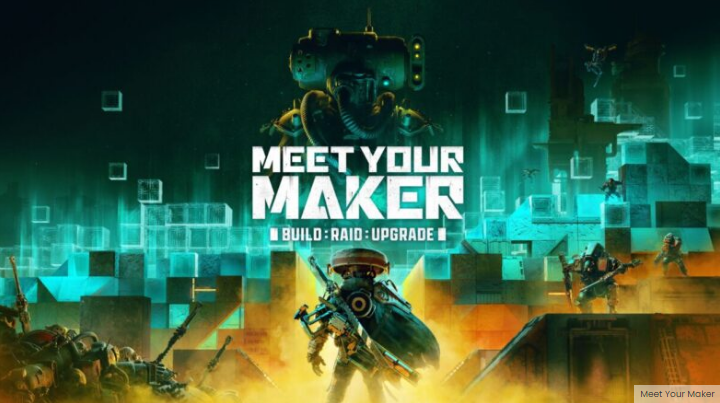 SnapMap was one of the most overlooked features in DOOM (2016). This allowed players to create levels and experiences within DOOM that could be shared with other players.

Although it was an extremely robust system that allowed many users to learn its intricacies, it has been lost forever, much like the multiplayer component of DOOM Eternal. A new competitor could carry on SnapMap’s legacy.

Meet Your Maker, an asynchronous builder/raider multiplayer FPS, was announced today at Behaviour Beyond. It’s due for release on PC and PS4, PS5, Xbox One, Xbox Series X & S. Behaviour is no stranger to innovative PvP strategies, as they have worked on Dead by Daylight. But Meet Your Maker feels more like the spiritual successor to DOOM’s amazing SnapMap feature.

Meet Your Maker places players in the shoes and shoes of The Custodian in a post-apocalyptic world. Your task is to protect and feed the Chimera, which lives off genetic material. It was created to stop the apocalypse. To obtain genetic material, however, you must rescue it from the bodies or steal it from another person’s outpost.

Meeting Your Maker is split into two halves. Most players will stick to the Raiding side. The gameplay is similar to other movement shooters, with players able to customize their load-outs before they tackle an outpost equipped with various weapons. Side strafe at the speed and agility of Usain Bolt. If you want to get close up, there are many enemies and a grappling hook.

Behavior admits that Meet Your Maker is a difficult game. The one-hit kill gameplay and the number of traps you have to place in your outpost will make it challenging for players to raid.

Behavior wants the game to be a “die-retry-and-overcome” loop that allows players to quickly restart and gain knowledge, succeeding even if they get killed first. You can bring a friend to play 2 player co-op. However, Behaviour thinks co-op might be more challenging due to the chaotic enemy placements and traps.

The real attraction of Meet Your Maker is its creative aspect. Players can create their outposts, either solo or in cooperative play, and then share them with other players around the globe.

Or just within your community, if you are a streamer, content creator, or simply among others. Players can populate their outposts to catch their opponents out by creating enemies, traps, and other geometry.