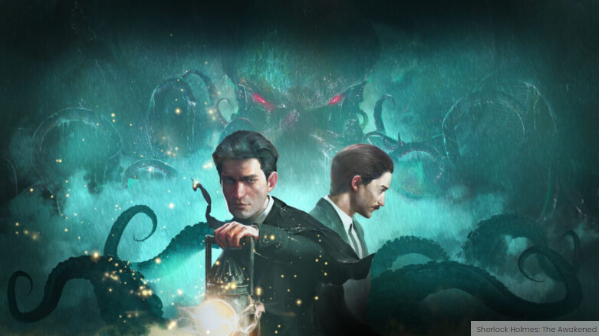 Frogwares Announces The Remake of Sherlock Holmes: The Awakened

Frogwares Announces The Remake of Sherlock Holmes: The Awakened

Frogwares, Ukrainian developers, have announced they are remaking one of their classic Sherlock Holmes experiences on modern consoles. The country’s ongoing war forced them to cancel their previous project. They have now revealed that they will release a remade, rewritten Sherlock Holmes: The Awakened for PC, PS4, PS5, Xbox One, and Xbox Series X & S.

Sherlock Holmes: The Awakened features Watson and the legendary detective Sherlock Holmes as they investigate a simple case involving missing persons. The investigation turns out to be anything but straightforward as Watson and Sherlock become embroiled in the affairs of the shadowy cult that worships the eldritch god Cthulhu. The pair will then travel around the globe to stop them from destroying the world.

Frogwares has stated that the original plot elements of the mystery will not be altered but that the gameplay will have been updated to keep it in line with current game releases. These story rewrites are more about the relationship between Holmes & Watson. The original 2006 release had Holmes and Watson as partners. The remake will have them as friends, keeping The Awakened in line with Frogwares’ previous release Sherlock Holmes Chapter One.

Frogwares is remaking the game. Denys Chebotarov, the producer, says that they have always wanted to do so, but the conflict in Ukraine forced them to make it happen now. We can create a more structured and predictable development cycle by working on a title with most of its content, scope, and narrative in place within a matter of weeks. Stability and predictability are precisely what we require right now when the rest of our lives remain uncertain.

Frogwares is launching a Kickstarter to support final production funds for the game’s development. For those who support a fighting studio, Kickstarter will offer rewards and bonuses. Although the Kickstarter for Sherlock Holmes The Awakened is not yet live, a trailer and additional details will be revealed soon.

Advertisement
Frogwares Announces The Remake of Sherlock Holmes: The Awakened