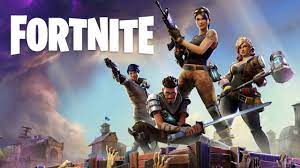 Fortnite: When is the Next Update?

Fortnite: When is the Next Update?

Epic has been keeping its fans busy since Fortnite was launched. There have been constant updates that Epic provides, more than any other studio. Fortnite updates are always available, with new items and new skins.

Epic attempts to keep Fortnite players happy by providing mini-events throughout the seasons. Fortnite updates are essentially mini-events within each season. It isn’t easy to produce so many items so frequently. Epic releases major updates every two weeks, with a hotfix in between to release items already in the game.

You might be wondering when Fortnite’s next update will drop. Read on.

Fortnite’s Next Update Day and Time

Fortnite’s next update was scheduled to be released on Tuesday, July 5th, 2022. However, it was pushed back to Wednesday, July 6th, 2022. Most likely, the update will be released at 8.30 AM BST / 3:00 AM ET. The game will remain offline until Epic completes its checks. You will not need to download anything, but there may be a minor update on Tuesday before the major one.

The v21.10 update added Darth Vader to the boss role, a new launcher, and other minor changes to the island. This was Chapter 3: Season 3’s first major update. It also introduced several new items with summer themes and the return of the Naruto skins.

Fortnite updates are entirely free, and you don’t need to pay any fees to get the new content. Fortnite is an entirely online game, so you won’t be able to play it.

Advertisement
Fortnite: When is the Next Update?