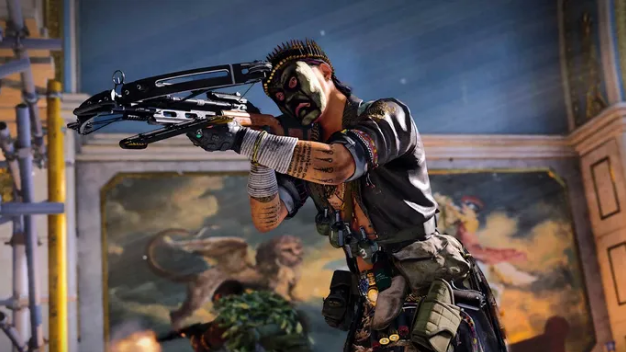 Warzone has seen players raise the stakes to pursue the best trick shots during matches.

Season 4 Reloaded is on the horizon. Players continue to drop into Caldera and Fortune’s Keep. Some players try to be the last remaining player, while others are determined to add flair to their eliminations.

One Warzone player used a Crossbow to land an incredible shot while flying a fighter plane, swapping his seats in a barrel roll and landing a shot.

Trickshotting is a skill that dates back to Modern Warfare 2, where players used multiple spins and weapon swaps before landing the final shot with an Intervention.

The trend of getting incredible kills seems to be on the rise. A Plunder match on Caldera saw Warzone content creator Crossbow MI score a shot many would have considered impossible.

Mike is flying high over the sky and switches seats. He then fires his Crossbow at a small target upside-down while he patrols the skies. They are delighted when the kill confirmation sound is heard a few seconds later.

Mike has a reputation for displaying his Crossbow skills. They land the barrel roll seat swap kill before narrowly avoiding the Airfield control tower.