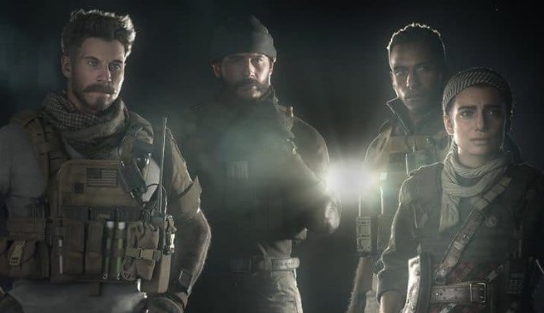 Call of Duty leaker e reports that the third mode for the upcoming 2022 edition of Modern Warfare 2 could be ‘DMZ. Call of Duty Modern Warfare 2 is already getting a lot of attention from its fans and could be the most-sold title in the franchise. Along with the classic single-player campaign and classic PvP multiplayer, the rumoured Tarkov-style mode game mode will be included.

Although this rumour is not confirmed, DMZ mode could replace the Spec Ops mode featured in Modern Warfare 2019

What might Modern Warfare 2 developers think of for DMZ

What would a Tarkov-style game mode look like in Call of Duty? Escape From Tarkov is a survival FPS game that drops you solo or with a co-op into sandbox-sized maps with objectives. Players will battle AI scans and real players to collect loot, which they can sell for items or a better loadout for their next raid.

While DMZ may be inspired by Battlestate Games, CoD developers will likely infuse their take. What would that look like? Tarkov is popular for its realism and high-stake gameplay. So what makes anyone want to play DMZ. They could draw inspiration from Warzone, the older Spec Ops, or the free-to-play BR game.

With Spec Ops from Modern Warfare being dropped, it is possible to see some elements of this return to DMZ. Players could have full briefs, cut scenes and access to vehicles/gunships. If a fire crew obtained a UAV, it would be a great addition to the server. It is possible to get into highly contested areas, where large numbers of players will inevitably congregate, creating chaotic moments. The DMZ will be a more popular option for CoD players, but it’s still exciting to imagine the possibilities.

Call of Duty may be perceived as too ‘arcadey’ compared to Tarkov. However, Modern Warfare has always been a bit grittier with heavy-duty weapons and excellent graphics.

Recently, it was revealed that MW2 gameplay might be available as early as June. Summer Games Fest will follow and could provide the perfect venue for Call of Duty Modern Warfare 2 walkthroughs. Tom Henderson believes that we will not hear any news on multiplayer until August, so there is still a lot of time before DMZ is announced.

Call of Duty multiplayer has declined over the past decade. However, Warzone, a free-to-play online game, has seen a meteoric rise, with 100,000,000 players as of April 2021. DMZ, a game mode similar to Call of Duty multiplayer, could help the pay-to-play title regain some of its numbers. Take Tarkov, for example. As of December 2013, Tarkov had an average weekly viewership on Twitch of 107,000. These numbers are huge, and Modern Warfare 2’s future looks bright.