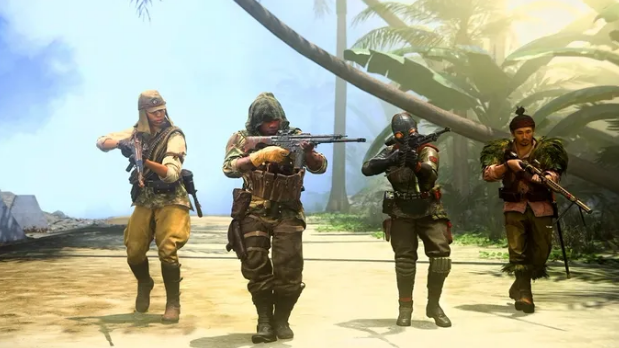 Warzone players discuss the “stale” state of the game

Warzone players discuss the “stale” state of the game

Many feel that the Pacific era Warzone is missing the mark compared to the Verdansk battle royale. As Season 4 Reloaded draws near, the season 4 meta continues to be transformed by the launch of the new map and the integration of Vanguard’s weapon arsenal.

Many players are frustrated by the dominance of the NZ41 assault rifle. It’s extremely difficult to score high kills using any other weapon than the best Warzone weapons.

Players are now discussing the state of battle royale as the mid-season update approaches.

Even though Fortune’s Keep was added as an alternative to Caldera’s, many players don’t like the current battle royale version. Reddit user “Korean fighter,” asks why Warzone is so boring, despite regular updates.

Most comments blame the meta for taking away the fun from battle royale.

One user said, “I’m soo bored by the NZ.” “We have all the guns in the game, but only a few are really good,” says one user. This defeats the purpose of having so many weapons.

Some blame the meta, while others feel that the Pacific era lacks the “fun element” that Verdansk players desperately need. Notable mentions include the absence of a ranked playlist, but recent leaks suggest that a rank mode could be available before the launch of Warzone 2.

Raven Software is continuing to adjust Warzone through regular updates. Another dose of buffs or nerfs could add some fresh air to the final stages in Caldera.

Check our free page about Warzone news, leaks, and guides.

Advertisement
Warzone players discuss the “stale” state of the game